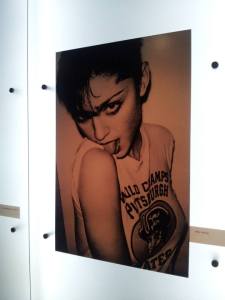 This rare & vintage photo of Madonna says it all…doesn’t it?

I won’t be posting any pictures of Miley for a side by side comparison, as just mentioning her name puts kittens everywhere in harms way. 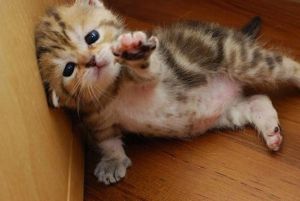 So while I’ve already put many at risk, not ONE more kitten will suffer…NOT ON MY WATCH!

To sum up; not only is she-who-should-not-be-mentioned a paint-by-numbers rehash of every shock and awe ‘pop star’ that came before her, but she’s also ripping off Madge?

Off with her Tongue!

Prayers for anyone that needs them 🙏🏻💗 The gorgeous vocals of @liannelahavas singing Aretha Franklin’s “Say a little prayer for you.” via @defectedrecords
Tonight at 8:30 PM EST on Clubhouse we discuss the legacy of the one and only #PRINCE with Matt Fink aka Dr Fink @mattfink1 and former Warner music A+R executive @spinaltap and other special guests! Come one come all and get ready to ask questions on #MontrealMusicology 💜💜💜 CC: @djyoc @djjojoflores
The incredible new drip sculpture work from one of my favourite artists @sopopomo as part of a 3 person exhibit for @skyegalleryaspen.
Happy Valentine’s, My Love 💗 #TrueLove
It never surprises me that those whose mission it is to bring light, healing and service to others—have gone through deep trauma themselves and have come out of the other side. You don’t get to the level of greatness of @tonyrobbins or @oprah without having a past that was filled with continued suffering. This builds character. This builds RESILIENCE. If you can overcome the pain and anger of deep trauma you will become a person of DEEP empathy for others with the ability to lead, help and heal the WORLD. This is why I don’t f**k with spoiled, privileged, basics who have lived lives of cushioning and unearned wealth—you just don’t have the greatness you *think* you’ve got. You’re not interesting. You have no texture. You have zero resilience.
When someone gives you a stellar bio introduction on @clubhouse. Good moderation is an art form and I hope all of you who joined @djjojoflores @djyoc @djmajdmtl on @joinclubhouse + myself on #MontrealMusicology last night felt they had their voices heard! On that note I have 1 Clubhouse invite to offer to the 1st person that asks. I’ve already promised my others to my amazing artist/singer/musician friend @kinniestarr and the wonderfully talented actor @justinwingswade.
How effing DOPE is @bludetiger playing bass over this Janet Jackson classic? Her playing style reminds me of 💜#Prince + Larry Graham.
Join myself + Montreal’s Old School, New School & Next Gen DJ’s @djjojoflores, @djyoc @djmajdmtl + special guests for a new @joinclubhouse group tonight at 9pm celebrating all things #MontrealMusicology 🎙🔊🎶