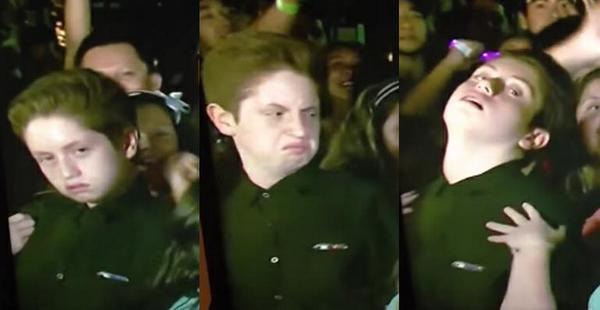 The Many Faces of Brendan Jordan

What a difference 1 minute can make.

On October 14th, Jordan rose to viral fame after he  *OWNED* the spotlight from a local newscaster with 60 seconds of choreography to Lady Gaga’s Applause playing in the background.

Some are calling it a video-bomb—but this has SASS-BOMB written all over it.

Feast your eyes on Jordan’s glittery magic below.

Between his you bettah Werk, Werk, Werk posing and giving Face, Face Face—overnight the video went viral—attracting the attention of Lady Gaga who tweeted out these messages. 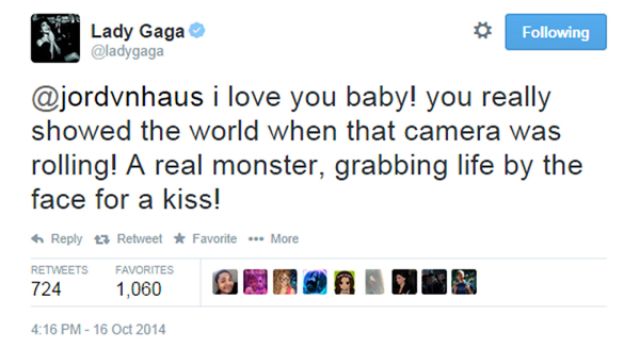 With 22k + fans and growing on his Twitter (courtesy, in part of many a Little Monster Gaga minion) Jordan is quickly becoming a strong voice for LGBT youth and the anti-bullying movement. His Twitter bio proudly states yes im a boy. yes im gay.—garnering him the online moniker #BabyGay.

In an interview with Today.com, Brendan said the whole ordeal was pretty spontaneous: “I just saw a camera and I did my thing,” he explained. “I was imagining myself as if I were Lady Gaga, and that no one could destroy me“.

In this unremitting climate of snack media—here-today-gone-tomorrow—only time will tell if Jordan can parlay his 15 minutes into something everlasting. I personally think he should get on the merch train ASAP—I would LOVE a Brendan Jordan ripped tank, a dancing bobble-head and a key chain!

Either way we will always have this FACE (which would indicate the swallowing of ones own vomit) and the meme of 2014 to look back on!