Here at The Pop Culture Rainman we’re no strangers to the wondrous world of viral meme fame and infamy—we cover it quite a lot. 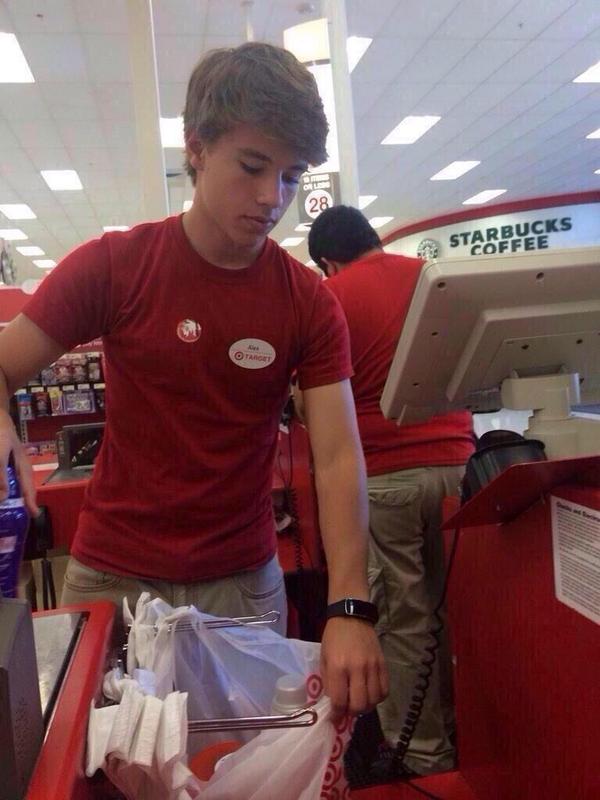 The snap that started it all…

The latest viral juggernaut is #AlexFromTarget—a baby-faced Target cashier who reached a viral ‘touchdown’ after his photo was posted to Tumblr and spread like wild-fire overnight via giddy tweenagers who thought he was…wait for it…a hottie.

What’s interesting to note—is that Alex had no idea that his photo had even been taken, least of all splattered across the interwebs. Five days later Alex has an astounding 700k+ followers on his Twitter account, five fake accounts with impressive numbers, and he’s already been on the Ellen show!?

And for what I ask? What semblance of marketable talent does this 16-year-old from Texas have beyond being Beiber-esque cute? Can viral meme fame parlay itself into something real, profitable even? This idea gets even more interesting when said memee wasn’t actively courting any kind of attention to begin with?

This is a new frontier of accidental online fame.

It’s clear that for Alex this was a positive outcome. I mean let’s face it…he was bagging diapers and light bulbs—hardly en route to becoming one of tomorrows change agents—and I say that with love.

He certainly wasn’t on Time Magazine’s 2014 most influential teens list, now was he? I say this ironically as I can’t believe how youth obsessed our culture has become that Time Magazine would post such nonsense. I also think their inclusion of nepotistic spawn like Jaden Smith + Kylie & Kendall is vomitous (I-n-f-l-u-e-n-t-I-a-l as they may be). In fact the whole idea of 20 under 20, or even 30 under 30 lists make me want to projectile vomit all over the universe.

So, yes…Alex got to cut corners in making his way to the top of Twitter, whereas the rest of us have to SLAVE our way just to get to the middle.

But what if this apparent windfall went horribly wrong for Alex. What if it backfired? There are seemingly ZERO policies in place on what is acceptable when posting photos of others online and what could potentially be ILLEGAL?

The deluge of trending Subway snaps for the most part, are just plain hilarious. I don’t think this guy will be making a complaint that his privacy was compromised any time soon, however ↓ 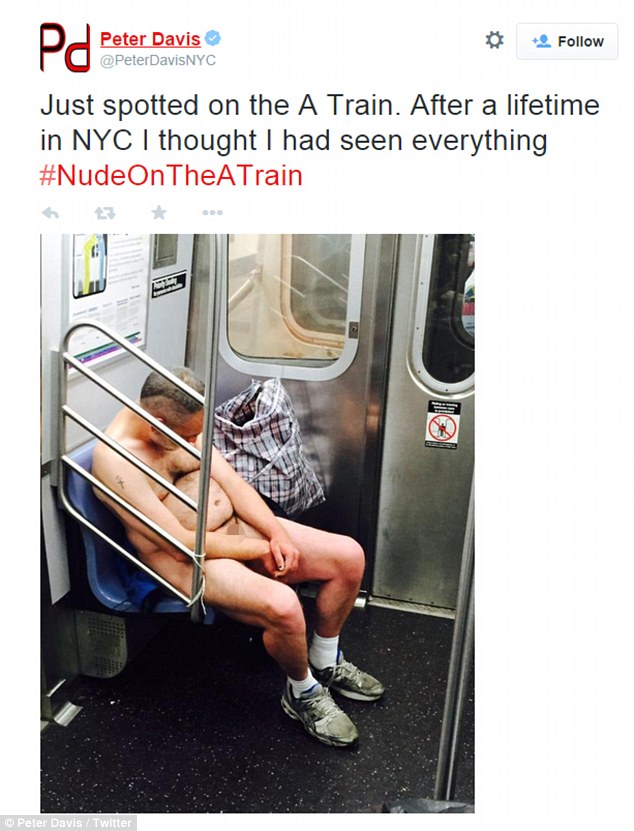 But back on point…overnight viral meme ‘fame’ is not to be compared to YouTube/Blogger famedom where there are hundreds of both young and (horrors!) aged adults making incredible profits for their videos and burgeoning brands online.

Unlike Alex from Target, these people have been curating content online for years and are considered bona fide digital stars who have earned their audiences attention. Another element that they all share is that they were EARLY ADOPTERS of blogging and or YouTube. In the litmus test of online fame— 9/10 times said ‘digerati’ stars were churning out content between the formative years of 2005 and 2007. Yes, there are a handful or pseudo over night success examples, but those are exceptions, certainly not the rule. 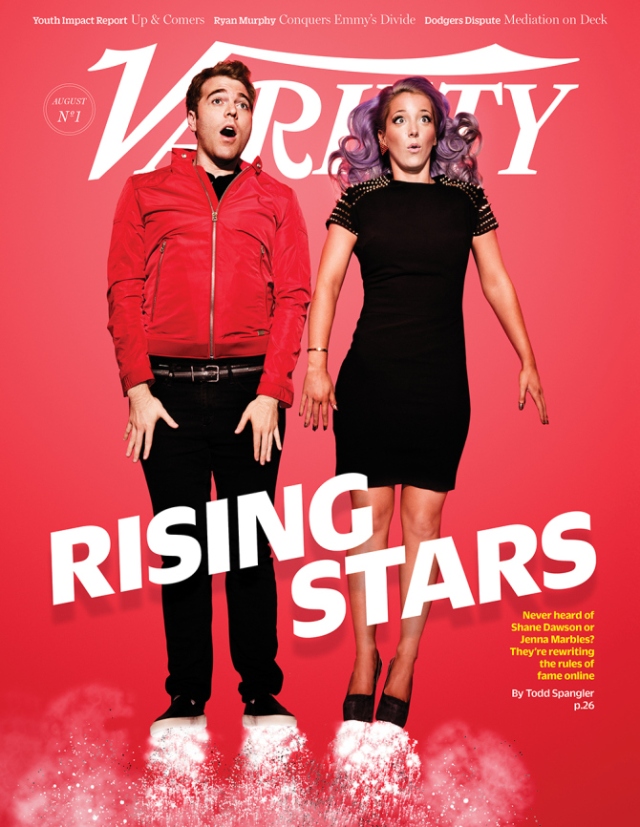 At this point, I think Alex from Target should cut his losses and get out of the faux fame game, it truly doesn’t suit him.

His 1st rookie mistake has been, uh…being himself. His tweets post windfall, actually have the ability to put you into a coma. Sure he’s ‘pretty‘ but the kid is no word architect and pens one yawnathon after the other. He really should consider a ghost tweeter.

Once the sheen of his accidental fame starts to wear thin and he realises that the height of his modeling career potential will be JC Penney catalog work, his window of opportunity will start to cave in on itself. He’s sitting on some PRIME number Twitter real estate however—can he actually sell his Twitter space? Is that even done?

Let’s examine a couple of unexpected online meme scenarios where said memee benefitted in a positive way from the exposure. Not surprisingly—it’s not a lengthy list.

First up is Sammy The Success Kid. At just 11 months old, Sammy became a popular internet meme after his mom posted this ‘random day at the beach’ to Flickr in 2007, without ANY inclination it would become an internet sensation.

It’s a fantastic photo and the spacing with some extra landscape to the right, adds to its character. 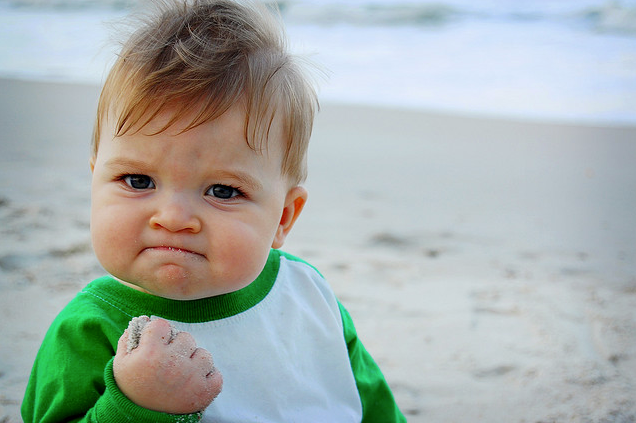 Original photo of Sammy at the beach…ridiculously adorable we concur! Copyright

The initial incarnation of Sammy’s online persona was based on an interpretation of his closed fist and precociously smug stare as Sammy the ‘Bully’ meme. The doctored photo below alluded to Sammy being a beach front bully and enemy to sand castles everywhere. It’s undeniably hilarious. 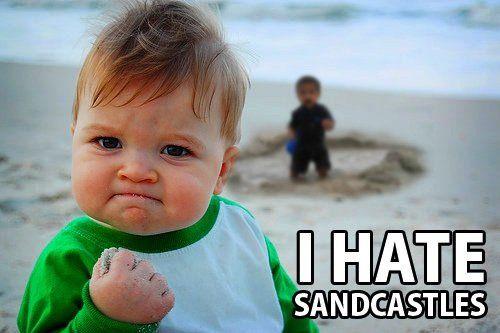 Initially his mother Lainey Griner was horrified by how her baby was being portrayed, but thankfully in the most random of occurrences, Sammy morphed into the poster child (literally) of SUCCESS—in meme parlance ↓ 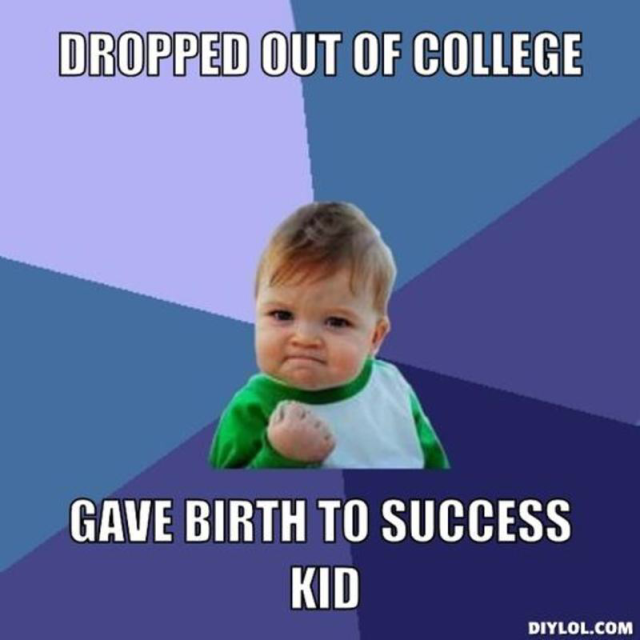 One of the many incarnation memes of Sammy the Success Kid!

In a reframing of his persona, Sammy appears to be the originator of the sentiment ‘WINNING‘ without actually having to say it. He reminds me of an archetypal University football coach actually!

What followed after Griner finally reined in her rightful copyright ownership were a couple of offers from top name brands like Vitamin Water and Verizon. 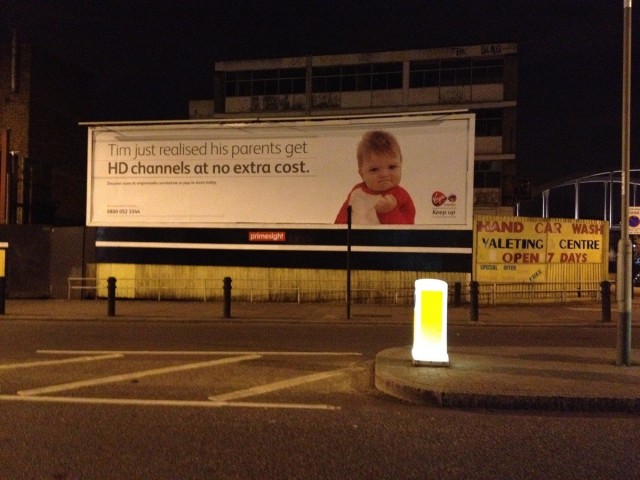 While I have no idea if the money was substantial enough that it changed their lives dramatically, it certainly must have been a nice feather in their caps and an all around positive experience, mais non? From what we hear Sammy is a regular 7-year-old doing the things that 7-year-olds-do. 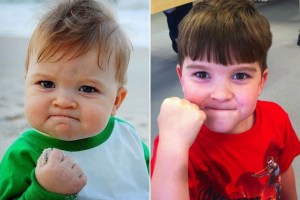 Success Kid is all Growns Up!

He will occasionally appear in a split photo ‘where are they now update’, but from all accounts—his  online fame has run its course and his family has not tried to prolong any further promotion of their son. They fell in, and they got out before it became ‘weird’.

Who can forget Antoine Dodson?

“Well, obviously we have a rapist in Lincoln Park. He’s climbin’ in yo windows, he’s snatchin’ yo people up, tryin’ to raoe ’em. So ya’ll need to hide yo kids, hide yo wife, and hide yo husband cause they rapin’ everybody out here.” -Antoine Dodson.

His ghetto flamboyance courtesy of a news segment became a viral sensation, and the saying ‘Hide Yo Kids, Hide Yo Wife‘ became part of our collective pop culture lexicon. An auto-tuned music mash-up produced by the Gregory projects sold more than 250,000 copies on iTunes and proceeds eventually helped Dodson and his family move out of the Alabama projects. Dodson has appeared everywhere from George Lopez to the People’s Choice Awards, a cameo in Tyler Perry’s film A Madea Christmas, and even rang in NYE on Carson Daley’s Times Square telecast. Most recently he has a Kickstarter account to help start a reality show and most recently starred in a pay-per-view fight with the original intruder (ya right!?) who trued to rape his sister.

This obvi staged press video that breaks out into a ‘fight’ with Dodson taking a girly swing that a light breeze could exceed, seems like a major downgrade from his former press coverage. It feels rather 50 shades of desperate at this point. Was he able to parlay his online fame into something bigger? Absolutely. It’s almost 4 1/2 years later since the incident and Antoine Dodson still has an online presence and fan base. But is it something substantial? Can his windfall be stretched out any further?