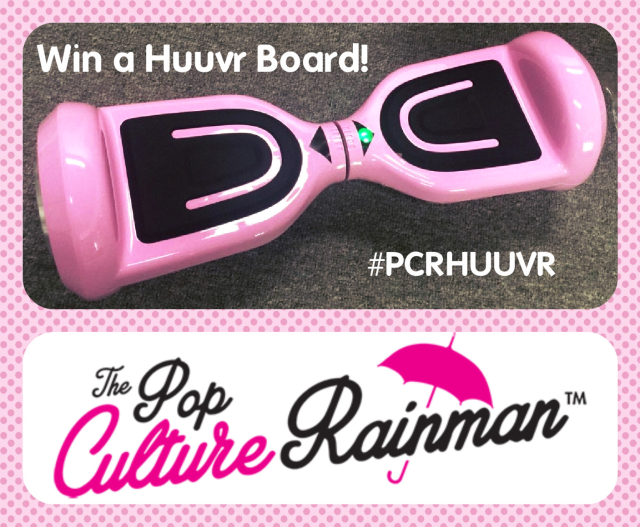 Santa is real, and he’s coming to The Pop Culture Rainman™

Yup, we’re (ahem, Santa) is giving away a brand spanking new Classic Pink üüBoard from the good people at Hüüvr!

After all 2015 is the year of gender fluidity, mais non?

The Famed Back to the Future Hoverboard

For the uninitiated—a hoverboard is an intuitive electric-powered travel device, much like a segway or more aptly a ‘hands free scooter.’ Hoverboards have been generating a lot of buzz in 2015 and are considered *the future* in personal transportation devices by many a trend forecaster. Everyone from John Legend, Lily Allen to Justin Bieber have one, and they are the most coveted tech items for Christmas 2015. 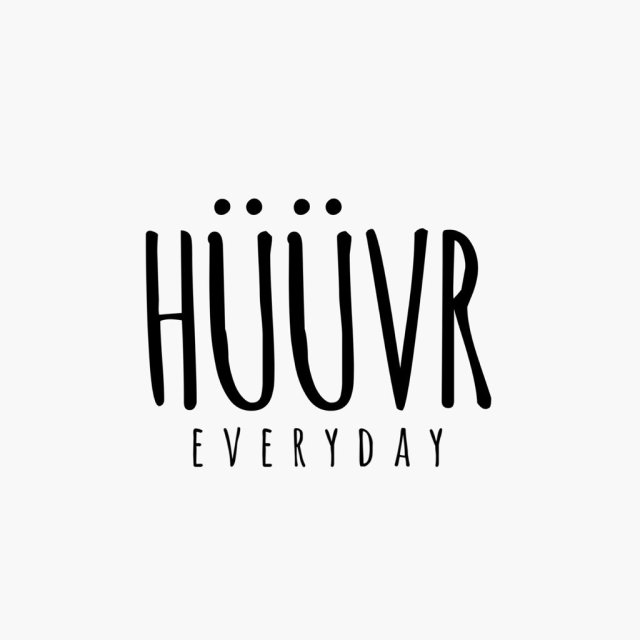 Darren Pereira, founder of Hüüvr boards one of the more elite, well-constructed brands—has some wisdom to impart when getting on a Hüüvr. “Being a respectful, responsible rider to other pedestrians is paramount,” says Pereira who is convinced that like California legislation, Toronto will eventually allow hoverboards in bike lanes. “It’s just a matter of time,” he says confidently adding “every city has their own unique hoverboard laws they have to abide by.” He’s referring to the new law passed in New York City banning the usage of hoverboards in city streets. 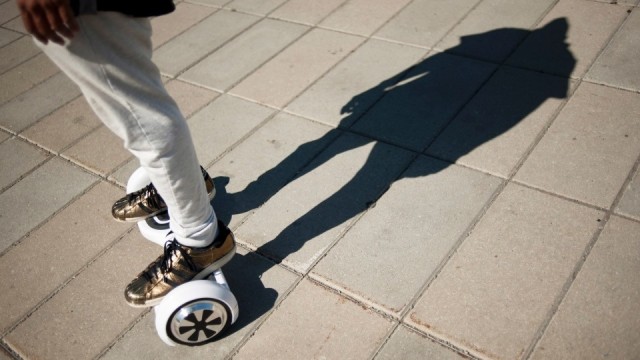 Practice Makes Perfect on a Hüüvr

The Hüüvr üüBoard is pretty simple to use; You lean forward to go forward, lean backward to go in reverse, place a bit more pressure with your right foot to turn right, and place a bit more pressure with your left foot to turn left. With a bit of practice you will be a pro in no time! “You’re going to experience your core in a totally different way, until you become one with the board” he says like a true Zen master.

While a Hüüvr üüBoard can clock up to speeds of 10km, Pereira recommends a “comfortable and safe” pace of 5-6km. Safety gear like a helmet, padding around the knees, elbows and wrists is recommended, and Pereira stresses “whatever you do avoid getting it wet.” We know how that turned out for Gremlins.

Lastly, avoid using cell phones or listening to music. Focus on using the board, so you avoid collisions. Got it?

Were looking for your most creative expressions of a new Hüüvr Dance, in the same vein as “Teach me how to Dougie“.

*Show us your Hüüvr Dance

*Show us your Hüüvr Outfit and Kicks

*Show us your Hüüvr Face

We created an original song just for this contest! Here it is! Play it in the background for your video or photo. *You don’t have to use it, its just a suggestion.

Show me your best stuff on either Twitter or Instagram with the slogan: I want to win a Hüüvr üüBoard! Here’s my #HüüvrDance, #HüüvrOutfit #HüüvrFace (Incorporate at least 2 elements into a video or photo) +also use the hashtag #PCRHüüvr so I can track your posts! *Also follow me on my Twitter @PopCultRainman or Instagram ReneePopCultureRainman to win.

Available to residents in the US and Canada only. Must be 18 years or older. Retail price of the pink Hüüvr üüBoard  is $649.00 and that includes a one year warranty!

For more information go to oneofmyboys.com to learn all about Hüüvr and check out their latest 2016 Transformer Edition Hoverboard—its virtually BIONIC!

Contest extended to December 14th, 2015. Winner will be announced here and via social media platforms on December 15th, 2015.

Later Lover Heads, or should I say Hüüvr Heads!

So many of you used your kidlets in your entries, but no one came close to using all the prompts we suggested as our incredible winner! Elisa’s two daughters from Vancouver, Canada had a #HüüvrDance, (a choreographed medley, really) a think-pink #HüüvrOutfit, used our music and made perfectly edited video for social media at 15 seconds+ they absolutely made it their own! Here’s the winning entry below!

CONGRATULATIONS, and thank you to all who participated.