With the Oscars less than a week away, stylists-to-the stars are working on their final fashion opuses for their award show clients. The goal is to be the physical embodiment of an Adele vocal; unflinching p-e-r-f-e-c-t-i-o-n for that final red carpet strut.

If you’ve ever turned your nose up at the idea of having a stylist in the first place (can’t you people dress yourselves?!) lest it be known that the frenetic pace of awards season is an entirely different animal. The schedule leading up to the Oscars can feel like an unrelenting 9 month whirling dervish with stops at Cannes, Venice, TIFF, The Golden Globes, The Palm Springs Film Festival Awards, The Critics Choice, The ACCTA’s, The Independent Spirit Awards, The Screen Actors Guild, The Baftas the many luncheons, the constant glad handing and step and repeating with the press—it seemingly never ends! Plus there are additional ‘looks’ needed for after parties, and after-after parties (multiple outfits are the norm) and lets not forget the art of illusionary undergarments like Spanx, the perfect fitting backless/strapless bra, double-sided tape, underwear that doesn’t show up in photographs (many go commando!), last-minute hemming, the perfect accessories, stockings, shoes, and clutch?! It takes months of preparation, designer meetings, client fittings, last-minute eyeballing at NY fashion week, tons of schlepping and all around huff and puffery.

By the time Oscar season rolls around, I imagine stylists adrenals are BEYOND fatigued that they simply want to head for the hills afterwards and take a vow of silence. That or head to St Barth’s for a perma IV of daiquiris.

My point? Stylists are the main artery of awards season and an absolute necessity in order to play by the rules of the subterranean universe of the red carpet.

Let’s meet these fairy godmothers (and a father!) shall we?

Russian model-turned-stylist Victoria Sekrier has been dressing break-out star Alicia Vikander for about a year, after the pair met at a 2014 Christmas party. Before dressing Vikander, Sekrier took courses at FIT, interned for Anna Sui and finally settled in London where she works in editorial. Vikander is currently the ‘it gal‘ of red carpet fashion, with everyone buzzing about her style which has been described as ‘award winning’ in its own right, thanks in part to Sekrier’s well honed fashion chops.

The goal of a stylist is to take their personal style acumen and parlay it towards the tastes of their client. They can make suggestions, but in the end its the clients decision on what they want to wear. In Vikander’s case her taste tends to lean towards modern lines, some bohemian flair, unique embellishments and subtle edgy details. 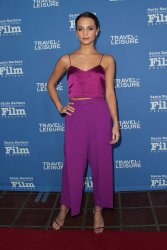 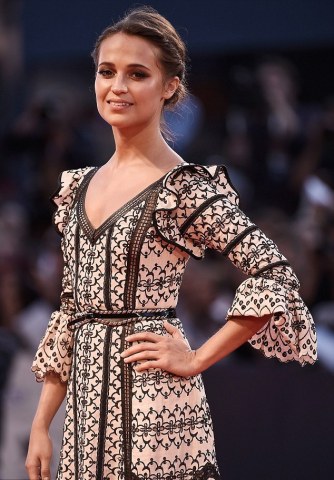 Vikader is so drop dead gorgeous—her looks so precious and doll-like, that her team opts for a minimalist approach in terms of hair and make-up; my favorite being her fair-maiden rolled up do! The same goes for jewellery according to stylist Sekrier who told the NY Times; “we never go for more than two pieces at a time — maybe a bracelet or a cocktail ring, or a necklace by itself.”

I personally find her more of a breath of fresh air than anything she’s worn on the red carpet, barring her Golden Globes white columned Louis Vuitton dress. I’m not convinced that her stylist is worthy of all the hoopla—it seems like Louis Vuitton is really doing all the heavy lifting, but apparently I am in the minority on this.

Should you not be familiar with the name Elizabeth Stewart, she is the stylist behind many an A-list heavyweight—namely fashion doyen Cate Blanchett. And if were picking favorites here, Blanchett’s red carpet style truly is in a class of its own, and one that I would covet for myself, if I had the chance!

Style arbiter Stewart got her start as a fashion editor for W magazine eventually landing the plum role of creative director at The New York Times. She has styled covers from Vanity Fair, Harper’s Bazaar and InStyle magazines.

Blanchett has established herself as the best dressed authority on the red carpet due to her exquisite taste that incorporates every color of the rainbow and designer looks as dramatic as her roles. “She’s one of those people who can carry [off] anything, and it’s from an innate confidence,” said to Stewart in a 2014 Us magazine interview. 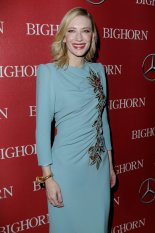 Working together for a decade—a boon for Stewart as many a fickle star are known to ‘stylist hop’, Stewart knows exactly how to channel Blanchett’s tastes. “She wouldn’t wear anything she doesn’t love,” Stewart told Us  “that wouldn’t be possible with Cate. She really knows what works for her.”

It’s evidently clear that Blanchett has an innate talent for fashion forward style and that she truly enjoys this facet of her career. I can’t wait to see what she will be wearing for the Oscars!

Whereas there was a veritable pu pu platter of intel on the above players there was little-to-no info on notoriously press shy, Ryan Hastings—Rooney Mara’s stylist. It’s virtually impossible to find a notable quotable from Hastings on Mara, as he often declines to comment on his clients. Perhaps its why as a team they are so well matched, considering Mara’s mysterious aura of red carpet aloofness.

Rooney told Vogue in 2013 that she “never goes to parties” and considers red carpets “a nightmare,” as demonstrated by rarely seeing her smile in photographs.

A contributing stylist at Vanity Fair magazine, its been implied that Hastings is solely responsible for Mara’s branded ‘goth glam’ look that dates back to 2011’s The Girl with the Dragon Tattoo premiere. Whereas many a celebrity like to have their say, or as in Blanchett’s case full creative control of their red carpet brand (barring pick up and drop off) it was Hastings who created everything for Rooney from her slick back hair to her dark lips and edgy avante garde fashions—with Rooney preferring to focus solely on her acting. That is not to say that Rooney is unconscious about her style, on the contrary the looks are very much in line with her own tastes, but she confidently leaves the expertise in the hands of Hastings. He notoriously employs a chiaroscuro approach of either monochromatic black or white, and wispy, piece-y gossamer fabrics, always with a modern flair. 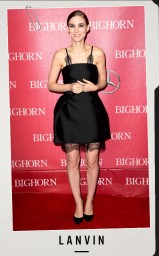 A rare smile on the red carpet in Lanvin 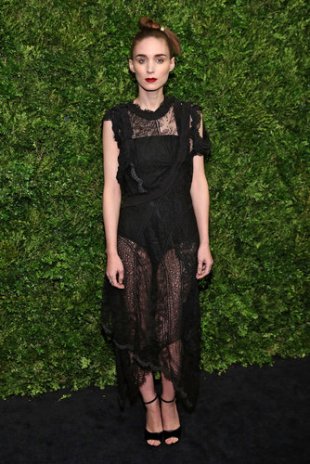 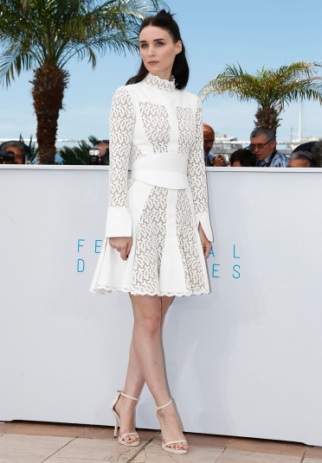 Be sure to tune in on February 28th, when all three stylists will unleash their final red carpet piece de resistance for the 88th Academy Awards! The Oscars are watched by over 40 million in the US alone, and its the apogee of awards season for designers who get the privilege of having their work worn by an A-list celebrity, orchestrated in no small part by the tireless work of their personal stylists.