November was a standout month for pop culture trends, innovations, transportation’s + mannequin challenge funifications! Check out this pop culture infused time capsule of all the THANGS that gave my inner Jell-O its wiggle this past month! 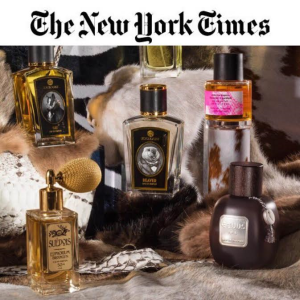 The NYT published an article at the end of October 2016 on “Animalics” a new niche trend in perfumes that bring out ones primal BEAST. Read all about it here

While the idea is not new, it is one that seems to be cresting as of late with both niche and indie perfumers getting attention for their unique takes on the trend.

Victor Wong a Toronto gaming programmer-turned-perfumer came up with the idea for his unisex brand Zoologist a few years ago. He was drawn to scents that seemed to reflect the wild animal kingdom —intense musk’s + strange and densely shocking smells. He created his line that takes the user on a wild journey that tells a detailed story about each animal. It should be noted all of his scents are hybrid synthetics—no animal’s are harmed!

Zoology is a nicher than niche concept for avid perfume collectors, pop culture enthusiasts, trend hunters and certainly anyone involved in the way-beyond-my-comfort-level cosplay world of furries.

Zoology’s Bat perfume won the coveted 2016 Art & Olfaction award—a pretty incredible feat for a first time indie perfumer—and it has a huge cult following! This is definitely not a first timers perfume line although we can all agree that The Nightingale, a pink floral chypre with rich scents of saffron and rosy, powdery Japanese plum blossoms is one of the lines most wearable scents.The pink liquid and feminine bottle alone, will delight anyone who (like myself) likes to collect eclectic perfume bottles 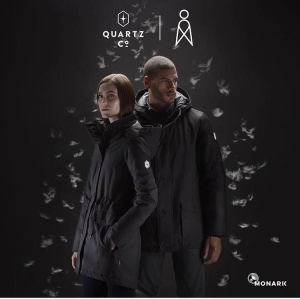 If you know me personally (hey! lucky you), you know my well documented distaste for the fur industry and the unregulated barbarian practices that take place across the globe—and yes even in CANADA. Far too many people are blindly buying into fur-as-a-fashion-statement or as a deluded sign of stature? Murdered coyote framing the faces of thousands of unconscious tweens via Canada Goose isn’t my idea of style people (parents I’m talking to you!) It’s not the 1700’s and you aren’t a Courier de Bois paddling up and down the river in your canoe?! It’s 2016 and there are cruelty-free OPTIONS available to keep you warm and looking  great!

In what just may be a world first Quebec’s Quartz Co. unveiled a true innovation in winter jacket insulation. They partnered up with Quebec’s Fibres Monarch who had 5 years worth of research and development under their belts to bring milkweed insulation to the marketplace! Milkweed is a natural fiber that is grown all over Canada and not only does it help trap cold, but unlike fur or down feathers it also ABSORBS the cold! Speaking of down feathers, depending on where the jackets are made, this can also be a cruel practice–so do your research before you buy! Best of all, with Quartz co. jackets no animals are hurt in the process and milkweed is also natural habitat for the sustainability of the monarch butterfly!

Another Canadian Co. WULLY Outerwear from Toronto is offering up an amazing incentive to trade in your fur coats for $300.00 off on their amazing animal-free parkas. Watch Below!

You must have noticed that half of everyone you know posted Iceland vacation photos to Instagram in 2016? That’s because Wow Air  the incredible low fare airline that launched in Canada last May has travel deals to Iceland and Europe that are out of this world! New European destinations were announced this November go online and ch-ch-check them out!

Iceland has become a hotbed for pop culture footnotes in the past few years with celebs like Beyoncé + Jay Z vacationing there and Justin Bieber using the incredible scenery to shoot 2 of his music videos in 2015 & 2016! The famed HBO fantasy drama Game of Thrones shot in Iceland and even The Simpsons got in on the Reykjavik spirit complete with a champagne party in the famed Blue Lagoon baths. And just last month Miss Iceland—Arna Ýr Jónsdóttir (try saying that 3x’s fast!) made international headlines when she bowed out of a Las Vegas pageant (and all pageants indefinitely) when she was told she had “too much fat” to compete!?! VEGAS YOU CRAY! In fact all ‘beauty’ pageants are an affront to feminism and should have no place in modern society.

*Click on photos for a detailed look and captions ↓ 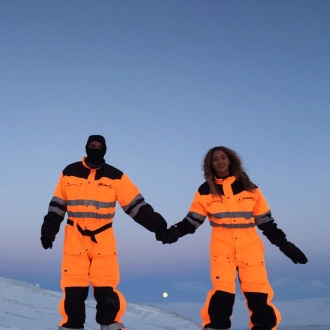 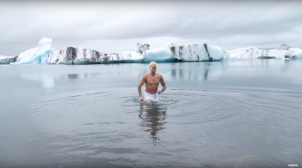 The Biebs in the Glacial Icelandic Waters

The Simpsons Under an Aurora Borealis Sky

Mannequin challenges started to go viral online in early November 2016. Should you have no contact to the outside world a Mannequin challenge is a viral video craze that shows intricately laid out scenes captured on video with people frozen on spot many of them set to Rae Sremmurd’s “Black Beatles” song, which for the record I think is a big stinkin’ pile of doo doo, but hey it is the #1 song in the US right now.

Choosing a favourite is really like an impossible Sophie’s Choice of decision-making but here is my top 5.

This was the first all-student high school mannequin challenge that I saw in early November and I believe it set a precedence for all others to follow.

Which Mannequin Challenge(s) were YOUR favourites? Let me know????

That’s all she wrote for November, the anxiety soup of December deadlines await…eek!