Wednesday night Beyoncé’s Formation World Tour steamrolled through Toronto, setting up shop inside the mammoth Rogers Centre which boasted over 50,000 fans. The tour which bypassed Montreal for Canadian-only dates in Edmonton and Toronto was in support of her latest visual album Lemonade. 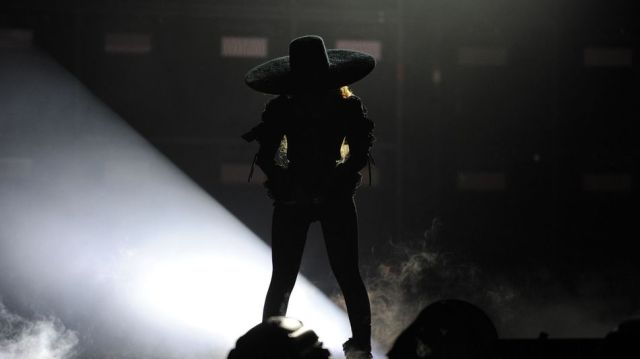 Beginning with a spoken word call to arms directed toward the audience; “If you came here tonight to slay, say I slay…” and then segueing into “Ok ladies let’s get into formation…”

While there were fans of all ages, backgrounds and gender—this was a thematic show that saw Beyoncé at her absolute peak of unapologetic brazen female empowerment. From her all-female troupe of dancers and band members (her guitarist blew the audience away!) this was a show exploring everything it means to be female from a superstar who has truly come into her own as a business woman, a wife and a mother. Even fans seated in the far off distance were able to clearly see Beyoncé distilling each facet of her womanhood and proud African American culture through imagery displayed on a 60 foot tall rotating LED screen nicknamed The Monolith (seen ↓ below.) 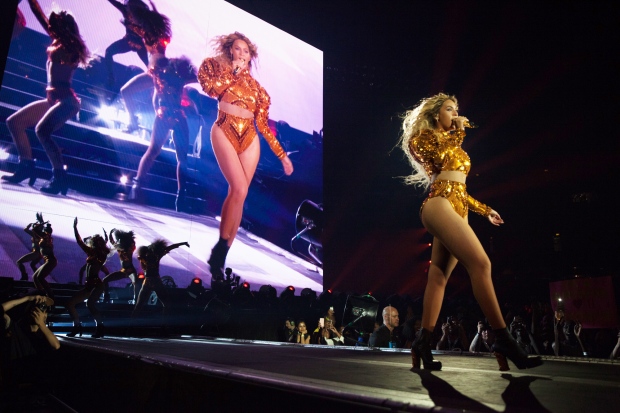 From recurring white orchid’s to a razor blade seen emerging from Beyoncé’s mouth, grazing her tongue—plus many a raw Lemonade visual—The Monolith narrated Beyoncé’s inner chiaroscuro of both light and dark throughout the 2 and half hour show.

Vocally Beyoncé sounded incredible and her energy never wavered with choreography that knocked my inner-dancers socks off! From Afro Caribbean styles to pure show girl physicality in what was a sultry porno-version performance of Crazy in Love—Beyoncé dripped sex at every bump and grind. Also, I’ll be damned if I don’t learn and MASTER the Ring the Alarm choreo from start to finish!

Musical highlights were Baby Boy, the all-the-feels performance of 1+1 “make love to me...” the trippy Hendrix-Doors inspired Don’t Hurt Yourself which blended into the fog blow horn blasting choreo of Ring The Alarm, a heartfelt dedication to Prince by playing the original version of Purple Rain, the water splashing inspired Freedom was like witnessing a baptism towards forgiveness, and lastly a heavenly rendition of Halo.

I clocked in on many cleverly mixed in musical samples interweaved throughout the night like the classic reggae ditty “Bam Bam” by Sister Nancy, “Human Nature” by Michael Jackson, “Give it to me Baby” by Rick James and “Nasty Girl” by Vanity 6.

Beyond the ‘Lemonade’ emotional scars Beyoncé endured within her marriage, this tour served as an emblam of survival for all women, with echoes of her quote staying with me long after the concert danced in my head.

“Nobody is responsible for your happiness but you. And you always have yourself so you are never alone.”

I truly hate when ageism shaming and Madonna intersect; but this really has to be said.

The Coachella kiss that Madonna ‘sprung‘ on Drake during his performance was aggressive and, yes rapey in nature. 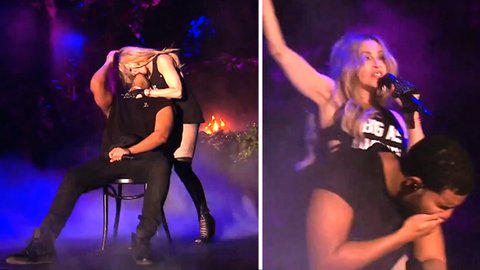 Let’s back up the bus for a second, and assume Drake is telling the truth when he says the “kiss” was unplanned. He could very well be lying à la Justin Timberlake and Janet Jackson post Super Bowl 2004.

But let’s say he is being honest, that said kiss, threw him for a loop—if the roles were reversed, ie; the genders and ages were reversed…there would be MAYHEM!

Have a look at the video; the kiss is aggressive to the point of suffocation. Is she administering CPR?! Arm-wrestling him with her mouth?

What I find most disturbing is her forcing his hand down as he ‘pretends’ to enjoy a mutual kiss. The whole master/servant ‘control’ thing makes me ill.

Imagine if it were say, Prince, surprising Rihanna with an unplanned, aggressive kiss, where he ‘holds her hand down’?

He would be read the riot act! Possibly charged with assault?

The more I think about it, the more it had to have been planned. He offered up an explanation today to his reaction-of-disgust saying “I Wasn’t Disgusted By Madonna Kiss … It Was Her Gnarly Lipstick…“

Who will ever know the truth about the theatre of the absurd ploys that artists have to ‘entertain’ to get a reaction these days. Perhaps she was playing with the idea that women can get away with such things; but I still don’t think it was worth it to court the controversy.

It wasn’t exactly a banner year for icons who previously forced their power over those weaker and ‘younger’ than them in  sexual scenarios.

Please let me know your thoughts?

Was this planned? Was Madonna over the top? Did you find the kiss aggressive? Lampooned? Distasteful? Provocative?