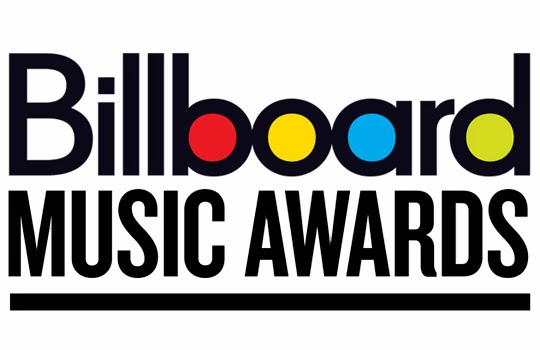 I won’t mince words here, (do I ever?!) EVERYONE knows the Billboard’s aren’t like a REAL awards show, but rather a televised advertorial for the MGM Grand Hotel in Las Vegas, n’est pas? Sure the Billboard charts are a ‘thing’, but the awards show are based on a sketchy Cuisinart mixture of chart ranking and social media channel popularity (?!)—which does not necessarily always equal to QUALITY talent?! I mean the Kardashians are all gorgeous unicorns that look like Bratz dolls, sure—but can they really string a sentence together without cue cards and days of speech therapy coaching?

I mean Prince only has 5k followers on his Twitter (to his credit his team just got back on days ago, he doesn’t really pander to such constructs), so what would that mean to the Billboards?! And Prince is the most talented musician, singer, entertainer allllllllllive today! He’s my generations Beyoncé, that is if Beyoncé could play EVERY instrument every created, write all her music and produce it all as well; *I still love you B. Also, as was noted Prince wasn’t at the Billboards—and he was at all the major awards show this year as he released 2 new albums, so his absence is the only litmus test you need to understand how RANDO the Billboard awards really are.

But as long as we are all here. Let’s go over some of the Highlights (and low low lights) of last nights Show Stoppah!

Balmain creative director Olivier Rouseteing announced a H&M Collab for November on the red carpet with model Jourdan Dunn and the least annoying unicorn sporting a sneak peak of the collection.

It’s always a pleasure to see J LO on the red carpet sporting a dress made from panty hose and expertly placed sequins?! I’m so not hating—JLO is a force of NATURE! She has somehow beat le aging? I mean, all of us, are getting jowly, crêpey and pudgier by the minute, but JLO looks better on the cusp of 46 than most 20 year olds?! She is absolutely flawless! Her nose should be on display at a museum, it’s that magnificent. 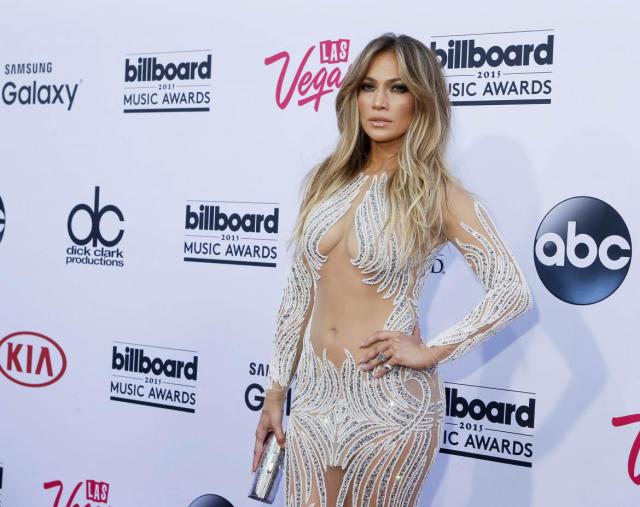 Her Secret? Great Genetics. No Drank. No Drugs. LUXURY (you can’t afford it) HAIR WEAVE.

Another great moment was when Molly Ringwald an 80’s pop culture icon, came up on the stage to announce the 30 anniversary of the Breakfast Club. She then went on to announce the incredible coincidence that Simple Minds chart topping hit Don’t You Forget About Me, was released (yesterday or today!?). Here she is announcing their performance. I was in a full body suit of goose bumps. It looked exactly like J Lo’s DRESS!

*I particularly loved the shots of T Swift and Molly Ringwald being faux besties and pretending they’re ever going to see each other again after this awards show!? It was adorable.

Next up Taylor Swift wins artist of the year, and I would have given her the award simply BASED on that Balmain white jumpsuit alone?! It perfectly showed off her BANGING bod, sky-high legs and her new set of Pokémon sized titty sacks! F-L-A-W-L-E-S-S! *I truly am a fan of hers, musically and otherwise.

Lastly the Unicorns (and Kylie Jenners Lips) announced (to a thrum of BOO’s) their brother-in-law Kanye West’s performance. They even referred to him as a DR. (blech) cause some lame suck-up University gave him a doctorate in Art last week after he managed to color inside all the lines of a paint by numbers photo of….HIMSELF. *I made that up, but admit it, it was goooooood. Kanye’s self-importance was on DEFCON high alert as per usual in some sort of pyro juvenile mess of a performance. Thankfully most of it was bleeped out by the censors, and the optics were one awful blurry inferno and again, that was a good thing.

Kanye Really Knows How to Play for a Crowd…?

It was selfish, indulgent, poorly executed and I could have simply stared at my own fireplace for a better show. Kanye: PLEASE GO AWAY, and take the UNICORNS with you?