While 2017 felt like living in spiritual foreclosure—I blame the bleak combo of auto tuned, ‘makin-my-ears bleed Trap Music + man-baby Donald Trump—2018 is already teeming up to be the most exciting year in music yet!

The following are the comers, your next gen ⭐️ STAHHHH’s ⭐️ the gilded young music artists to watch in 2018 and the talent level is M-I-N-D B-L-O-W-I-N-G!

Wyoming native, man-of-mystery Allan Rayman is an artist playing by his own rules in terms of the frequency & form of his releases, music videos that play like short films, and his absolute disinterest in the publicity machine. In February 2017, he released a full album Roadhouse 1 [Communion Records] and then in November 2017 released a 5 track EP titled Courtney. His track “13” from Roadhouse 1 was certified GOLD in Canada (he now calls Toronto home) and he’s racked up over 50 million+ streams on Spotify. If you like his growl-y, raspy vocal, you will easily listen to his full album in one sitting, which is as you can appreciate is a lost art in 2018. Like so many contemporary young artists, Rayman is absolutely GENRE-LESS comfortably mixing everything from R&B, Soul and Hip Hop influences together as he is Roadhouse, Grunge, Rock and Folk.

Snack on this sexy Led Zepp paced track “Gun” from his Courtney EP…and try and catch one of his live shows in 2018.

16-year-old Billie Eilish is a dancer and singer-songwriter pop prodigy from Los Angeles who has been putting her music online since she was 13-years-old. Along with her older brother Finneas O’Connol who acts as her co-writer and producer, their dreamy track Ocean Eyes was originally released on SoundCloud and eventually led to her being signed by Interscope Records.

Her EP Don’t Smile at Me was released in Aug 2017 and she is the youngest talent to ever be nominated for the BBC’s Sound of Poll. Her upcoming international tour starting on January 27th, is 95% SOLD OUT barring a handful of dates. She will be in Montreal at Theatre Corona on March 27th, and Toronto at The Mod Club on March 28th, and ‘yes‘ both shows are sold out.

Columbian Canadian singer-songwriter and musician Jessie Reyes launched her emotionally raw EP Kiddo [Island Records] in 2017, and gave a goose bump inducing TV debut performance on Jimmy Fallon. Her voice is so beautifully feral as she wades through tear-your-heart-out ballads, R&B and Hip Hop inspired Pop. Her track “Gatekeeper” detailed via a short film  how she was sexually harassed by a music producer 5 years ago, pulling back the curtain on the #MeToo movement in the music industry. Expect to see 26-year-old Torontonian’s full length debut album come out in 2018, and catch her European tour from February until June 2018.

20-year-old Jorja Smith has been riding a supernova wave of success based solely on a handful of releases over the past two years. The Walsall England singer whose been compared to Amy Winehouse doesn’t even have an EP out, nor a major label recording contract and yet, she’s worked with everyone from Drake to Bruno Mars. Most notably she has won the ultra coveted 2018 Brits Critics Choice Award (former winners include Adele, Florence and the Machine + Sam Smith) was added to the Coachella ‘s 2018 lineup, and will be on her own North American tour until May. 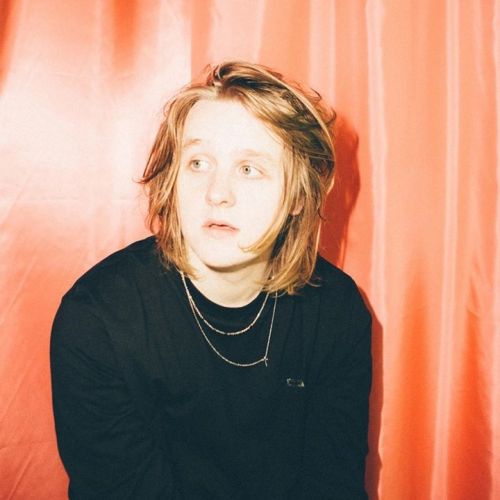 Lewis Capaldi is a 21-year-old Scottish singer-songwriter and musician from Edinburgh, who channels (IMHO) a bit of Irish singer Hozier’s vibe. His fiery growl and lyricism cuts deep through your heartstrings with mature themes of longing, heartbreak and devastation. He is currently on the BBC Sound of 2018 Long List and will most certainly become a recognizable name in 2018 as he embarks on a new North American tour with loads of UK/US/European and Asian festival gigs on the horizon. I can’t decide which track I like better off his EP Bloom [Capitol/Virgin] Bruises or Fade? Can you?

24-year-old Maségo is a self taught multi instrumentalist (piano, saxophone, drums) an accomplished producer and singer-songwriter whose unique brand of hip-hop, soul and trap house jazz has fans comparing him to Pharrell and the legendary Cab Calloway. Born in Jamaica and brought up in Norfolk Virginia, Maségo put out an independent EP Loose Thoughts on SoundCloud in 2016, garnering him international acclaim and an enormous word of mouth fan base. He doesn’t have an official website, but he is extremely active on his Instagram and Twitter where he just recently announced that he’s working on his first official album for 2018!

No doubt there will be a label bidding war over this extremely talented artist!

In the next gen stars of music we trust,